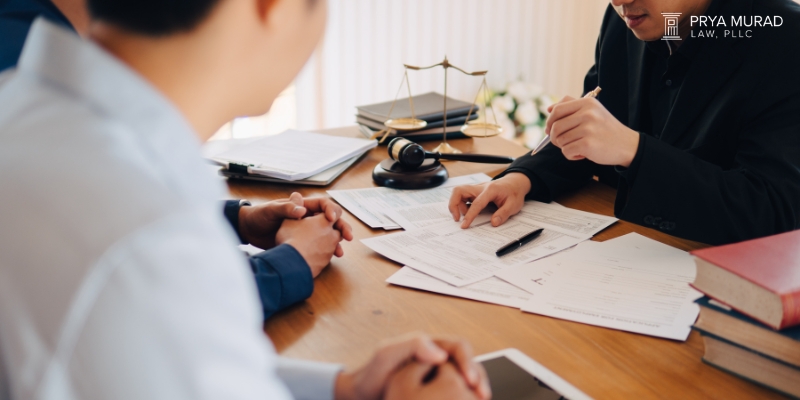 Crimes may be prosecuted at any level of government, but when a crime crosses state lines or on federal property it falls under federal jurisdiction. These crimes are listed and sentenced according to the United States Code Title 18, which defines the crimes and punishments handled in the federal court system.

If you have been charged with a federal crime, you may feel hopeless, like your case is already over. At Prya Murad Law, PLLC, we believe that everyone charged with a crime deserves a fearless defender. Attorney Prya Murad has dedicated her career to fierce advocacy and has helped countless clients reclaim their lives after accusations of a federal crime. When you need a tenacious and compassionate defender, choose Prya Murad Law, PLLC.

WHAT ARE FEDERAL CRIMES?

Title 18 is the comprehensive penal code for all federal crimes. According to the code, federal courts have jurisdiction over all criminal cases that occur on federal property, by or against federal employees, and crimes that cross state or international borders. For example, fraud may fall under state authority, but the federal court handles tax fraud cases. Immigration, crimes involving the US mail, and counterfeiting also fall under the federal penal code.

When investigating possible federal crimes, local law enforcement does not have jurisdiction. Only federal officials and investigative agencies can handle the investigation. The Federal Bureau of Investigation (FBI) handles most cases, but other agencies like the National Security Agency (NSA) and United States Drug Enforcement Agency (DEA) investigate more niche cases within the scope of federal jurisdiction.

If you are charged with a federal crime, this means a federal law enforcement agency is filing charges against you. This is a much more serious matter than facing any type of state-level prosecution, and you could be remanded to federal custody while you await your trial. Your Miami federal defense attorney is the best resource to consult when it comes to formulating an effective defense against the charges you face. They can prepare you for your federal court proceedings and help you understand the unique legal mechanisms in play in the federal criminal justice system.

Some of the most commonly prosecuted federal crimes include: 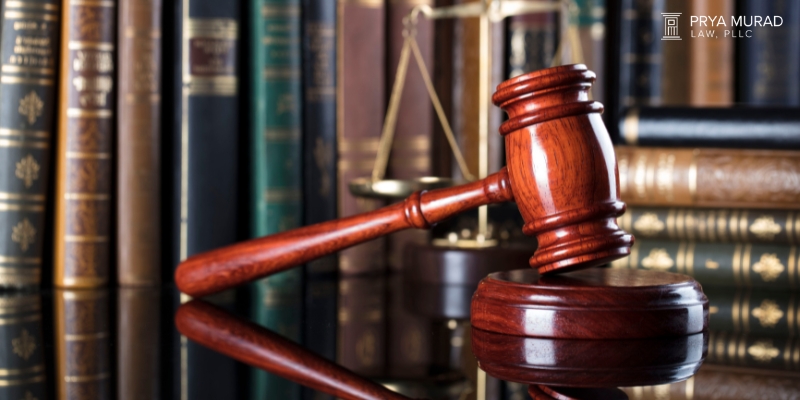 The Fifth Amendment of the US Constitution includes a clause pertaining to “double jeopardy,” preventing a defendant in federal criminal court from facing prosecution for the same offense twice. Double jeopardy can be confusing without experienced defense counsel guiding you, and your attorney will advise you as to how this legal statute could apply in your impending case.

Because federal crimes fall under a different authority than state-level crimes, it is possible to be charged twice for the same crime – once in a state court and once by a federal court. Under normal circumstances, once a person is prosecuted for a crime, they cannot face criminal procedures for the same crime due to the double jeopardy laws. However, because states and the federal government have separate sovereignty, double jeopardy no longer applies.

Federal crimes are sentenced differently. Instead of the district attorney filing charges, federal charges are filed by the United States Attorneys and federal judges appointed by the President and Attorney General. The prosecution of these crimes follows sentencing guidelines from Title 18 that establish a framework for sentencing that includes a hierarchical system.

All crimes are divided into felonies and misdemeanors and federal felonies are further divided into five categories: A, B, C, D, and E. Class A crimes are the worst while class E felonies are the least serious. Class A felonies are punishable by a maximum sentence of life in prison and a $250,000 fine. Some felonies may be charged together or accentuated by other factors. For example, counterfeiting that involves murder or fraud could have worse consequences in federal court.

WHY YOU NEED A MIAMI FEDERAL DEFENSE ATTORNEY

Federal crimes are charged in federal courts run by elected judges and are punishable by time in a federally run prison. Facing any criminal court is complicated enough, but federal courts play by different rules entirely.

If you are facing federal charges, you must employ an experienced Miami federal criminal defense lawyer. These cases are complex and have serious consequences that could destroy your future. Attorney Prya Murad has extensive experience handling federal cases and is a leader among her peers. Her experience as a former public defender gives her insight into the criminal justice system and garnered her a reputation for excellence.

When you need a fierce defender, contact our Miami federal defense attorney.