Facing any felony charge can be a scary process, from getting arrested to worrying about what is going to happen to your future. With incoming allegations, and your rights and freedoms on the line, it is hard to know where to turn when you are being charged with a felony. When your future is at stake, you want to be sure you have the help you need to secure your defense. You need an attorney who will give you the legal representation you deserve.

That is why you can turn to Prya Murad Law, PLLC, as your Miami criminal defense attorney. We have the compassion to understand your situation and the expertise to tackle a wide variety of felony charges:

We are ready to assist our clients by providing legal counsel that is tailored to their specific needs. We are known for finding the best solutions when defending them in their cases. While no attorney has the power to assure an innocent outcome, we work hard to get you the best possible outcome for your situation.

Your Rights Upon Arrest

No matter where you are in the country, if you are being arrested, you have two key constitutional rights. These rights apply the moment you are booked by a police officer in Miami. Your first right in this scenario is the right to remain silent, which is protected by the Fifth Amendment. This means that the constitution gives you the right to protect yourself from self-incrimination, and you are not legally required to be a witness against yourself.

Similarly, if the police have questions, you are not legally required to give answers. While you must comply with any police directions when being arrested, by speaking up or trying to explain a situation, you might accidentally give information or proof to the prosecution. You could misspeak due to the anxiety surrounding the situation, which could be interpreted as a confession that they will file in an official police report. By remaining silent, you protect yourself and your case.

Your other right is the right to defense counsel. If you cannot afford a private defense attorney, you will receive defense counsel from a public defender to tackle your case. While Florida’s public defenders work hard, they often are faced with managing a number of cases at the same time. This dramatically affects their ability to familiarize themselves with your case. They will likely be unable to give you the best possible defense. If you have the financial means to afford a felony defense attorney, you will have a much better chance of winning your case.

A misdemeanor is a charge for a less serious crime that carries lighter penalties such as community service, paying a fine, going to rehab, and, at worst, up to a year in prison. On the other hand, felonies are charged for crimes that are often violent, cause injury, or have a larger impact on others. Defendants facing felony charges are typically sentenced to at least one year in prison, though this can range up to life in prison.

Another key difference between the two is the legal process. During a misdemeanor trial, a defendant will have to face a judge; the trial will not involve a jury. Meanwhile, a felony trial will have a number of additional steps, including an official indictment. This will typically be followed by a courtroom trial by jury. 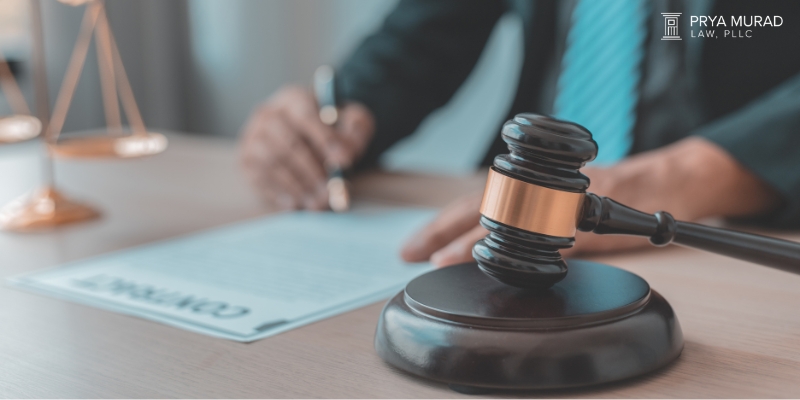 There are many felony crimes that occur in Florida every year. These may vary in severity, but all are serious offenses.

Most sex crimes committed are listed as felonies, though some less severe sex crimes can be considered misdemeanors. If you are being charged with a sex crime, it is likely you are facing felony charges. Examples of felony sex crimes include:

If convicted, the sentence for a sex crime in Florida can vary depending on the specific crime at hand. Any sex crime in which a minor is the victim leads to the most intense penalties. A person convicted of a sex crime will typically be required to register as a sex offender.

Florida is not known for its intense gun laws. However, you can face severe penalties if you are a convicted felon who is found to be in possession of a weapon or firearm. The penalty for this could be up to 15 years in prison, with a three-year minimum sentence.

Driving while intoxicated is typically listed as a misdemeanor in Florida, but there are exceptions where a DUI can be upgraded to a felony offense. A felony DUI occurs when an individual is charged with and convicted of three counts of driving while intoxicated within ten years. A DUI will also become a felony in Florida if the driver’s actions result in the death or injury of another individual.

There are several felony-specific drug crimes that are dependent on a number of factors. If a defendant was in possession of Schedule III, IV, or V substances, the possession would be a felony in and of itself. They could be facing a sentence anywhere from one to 30 years in prison. Drug trafficking, which includes mass possession of a drug or the intent to sell, purchase, or transport it, is also a felony offense that can merit anywhere from three years to life in prison depending on the severity and amount of drugs found.

Both murder and homicide are felonies, but they can range from first- and second-degree murder to attempted murder and manslaughter. If convicted of either, the defendant will face the possibility of a life sentence.

Theft is upgraded to a felony if the value of the property stolen or damaged crosses a minimum amount, which is typically anywhere between $1,000 and $2,500. Charges can also be more severe depending on the type of property. An example would be a stolen weapon or a stolen item that belonged to the government. Sentencing for felony theft can range between one and ten years.

Running from the police in any fashion is typically classified as a misdemeanor. Repeated charges can upgrade it to a felony on the fourth attempt within a ten-year period. If convicted, this can land the defendant in prison for anywhere from one to ten years.

Typical sentencing for white-collar crimes is not as severe as other felonies, with punishments like home confinement, fines, or forfeitures being more common. If the actions taken caused significant financial harm to the victims, white-collar crimes can result in prison sentences ranging from one to ten years.

How Much Does It Cost to Hire a Felony Defense Lawyer in Florida?

While it can depend on how long the lawyer is on the case, the average cost of a felony defense lawyer in Florida averages between $3,500 and $10,000. You should always discuss an attorney’s rates before you hire them. If you cannot afford them for the duration of your case, you will not have consistent representation and could lose your case.

Can Felony Charges Be Dropped in Florida?

Felony charges can be dropped for a variety of reasons. Your criminal defense attorney can use their expertise to build a case to prove your innocence. If they cannot, they can still prove that it is difficult to convict you in a court of law by creating reasonable doubt in the minds of the jury.

How Long Does It Take to Get a Court Date for a Felony in Florida?

In felony cases, the defendant will typically be brought to trial around 60 days after the arraignment date. Your felony defense attorney can help guide you through the process. They can also gather evidence to build your defense while you are awaiting trial. This is also why it is best to hire an attorney as soon as you can.

How Long Does a Felony Case Last in Florida?

The average length of a Florida felony case is around half a year, or 180 days. Hiring an attorney can sometimes speed up the process. However, this will depend on the details of your case and the evidence available. Your attorney will also be able to give you a more accurate estimate of the duration of your specific case.

If you are facing charges for any of these felonies, know that having a strong Miami felony defense attorney is the most important tool to help your chances for the outcome that is best for you. Contact Prya Murad Law, PLLC, today and schedule your consultation.