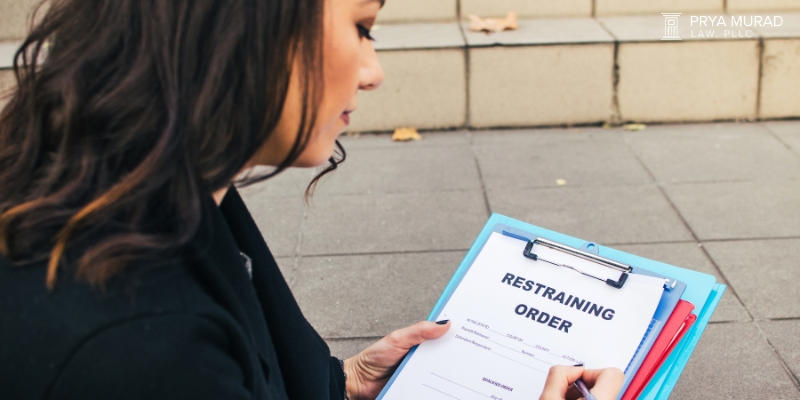 Restraining orders and injunctions serve a variety of purposes but primarily to prevent harassment or violence. The goal of an injunction is to protect the holder but can become harmful to the other party. If you have a restraining order or injunction against you, you are entitled to legal representation.

Founding Attorney Prya Murad has dedicated her career to advocating for those accused of wrongdoing. Her passion and dedication to her clients is unmatched and she works tirelessly to fight for their best interests. Prya Murad Law, PLLC, is a well-established firm with a reputation for excellence.

Entrust your case to our compassionate legal team. Call our Miami injunction and restraining order defense attorney at (305) 393-0751 for more information.

WHAT IS AN INJUCTION?

An injunction is a court order that requires one party to cease contact or stop an action at the behest of another party. In other words, an injunction is a direct order from the court to follow a set of rules or abide by specific restrictions. If the party served with an injunction breaks the rules, they could face criminal consequences.

There are two primary types of injunctions in Florida including:

Depending on the case, the judge may choose to change or modify an order to provide more protection to the holder or to increase the penalties for breaking the order.

These court orders require a person to complete or stop certain actions as the result of a final judgement in a case. A permanent order is typically used in cases where monetary damages are not enough. They function as a harsher penalty for a crime or action that the holder wishes to stop.

To determine whether a permanent injunction is necessary, the court must follow a four-step process. This ensures that the reasoning for the injunction follows due process and is based on evidence not heresy.

To determine whether to grant an injunction the court must confirm that:

If the case meets the above criteria, the court can lawfully issue an injunction against the defendant. In some cases, an injunction is used to prevent infringement which is why public interest is a part of the process. In domestic violence and stalking cases, the harm, whether physical or emotional, plays a significant role in the court’s final decision.

Once a permanent injunction or restraining order is issued, it cannot be undone or modified by the plaintiff – it can only be changed by the court that issued the order. Additionally, the consequences for breaking the terms of the order can sometimes be more severe. 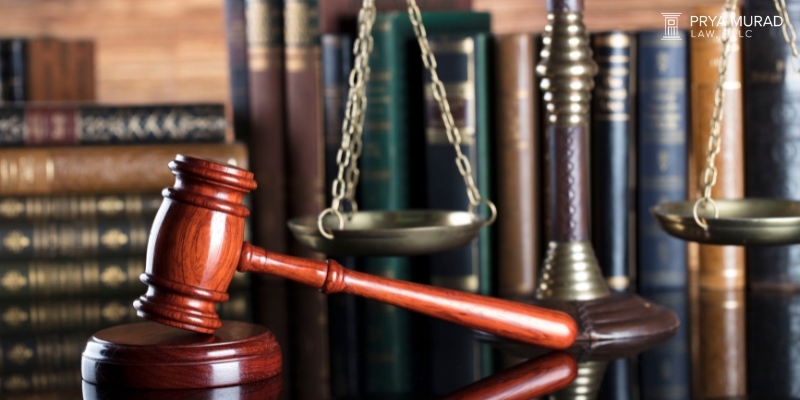 Temporary restraining orders (TROs) are as the name would suggest, temporary.Unlike permanent injunctions, TROs are a short-term preventative measure designed to function as a stopgap until the court can investigate the situation further.

Most temporary restraining orders last around ten days but can be extended if the court deems it necessary. In most cases, TROs are used to prevent contact between two parties. These orders are used often in domestic violence cases to prevent the alleged abuser from contacting the victim or other members of the household.

VIOLATING A PROTECTIVE ORDER OR INJUCTION IN MIAMI, FL

If the defendant ignores the injunction or violates the rules of a restraining order, they could face serious consequences including jail time and fines. The sentence depends on the circumstances surrounding the violation and the defendant’s criminal history. If the defendant has a history of violence, harassment, or other criminal behaviors the court may choose to enact a harsher sentence.

Depending on the terms of the restraining order, the defendant may break the rules by:

In addition to jail time, fines, and enforced distance between the defendant and plaintiff, restraining orders and injunctions leave permanent marks on a person’s criminal record. Not only does a criminal record prevent individuals from getting most job opportunities, but it also carries a stigma that can follow them for the rest of their life.

Restraining orders for domestic violence have additional consequences that go beyond the terms of the order. The defendant may lose custody and contact with their children if a restraining order has been issued against them. Visitation is also off the table in most cases.

While victims of violence suffer immeasurable physical and emotional pain, it is a disservice to them when someone takes out a restraining order against another person for revenge. Not only does this minimize the suffering of actual victims, but it can also destroy the other party’s future.

If a restraining order or injunction has been issued against you, you have the right to legal representation and to have your voice heard.

PROTECTING YOUR RIGHTS IN MIAMI, FL

Prya Murad Law, PLLC, believes that those accused of a criminal offense or wrongdoing deserve legal representation they can count on. Our firm fearlessly advocates for our clients and provides compassionate counsel backed by experience. We can investigate the circumstances surrounding the injunction and create an airtight case strategy with your best interests in mind.

Attorney Murad is a seasoned Miami injunction and restraining order defense lawyer with experience in defending clients in juried trails across the country. When clients entrust their case to us, they get direct access to our attorney from start to finish. Our compassionate team of fierce advocates is available 24/7 to answer questions and offer timely guidance when clients need it most.

Schedule a consultation with our Miami injunction defense attorney today and put your future in good hands.